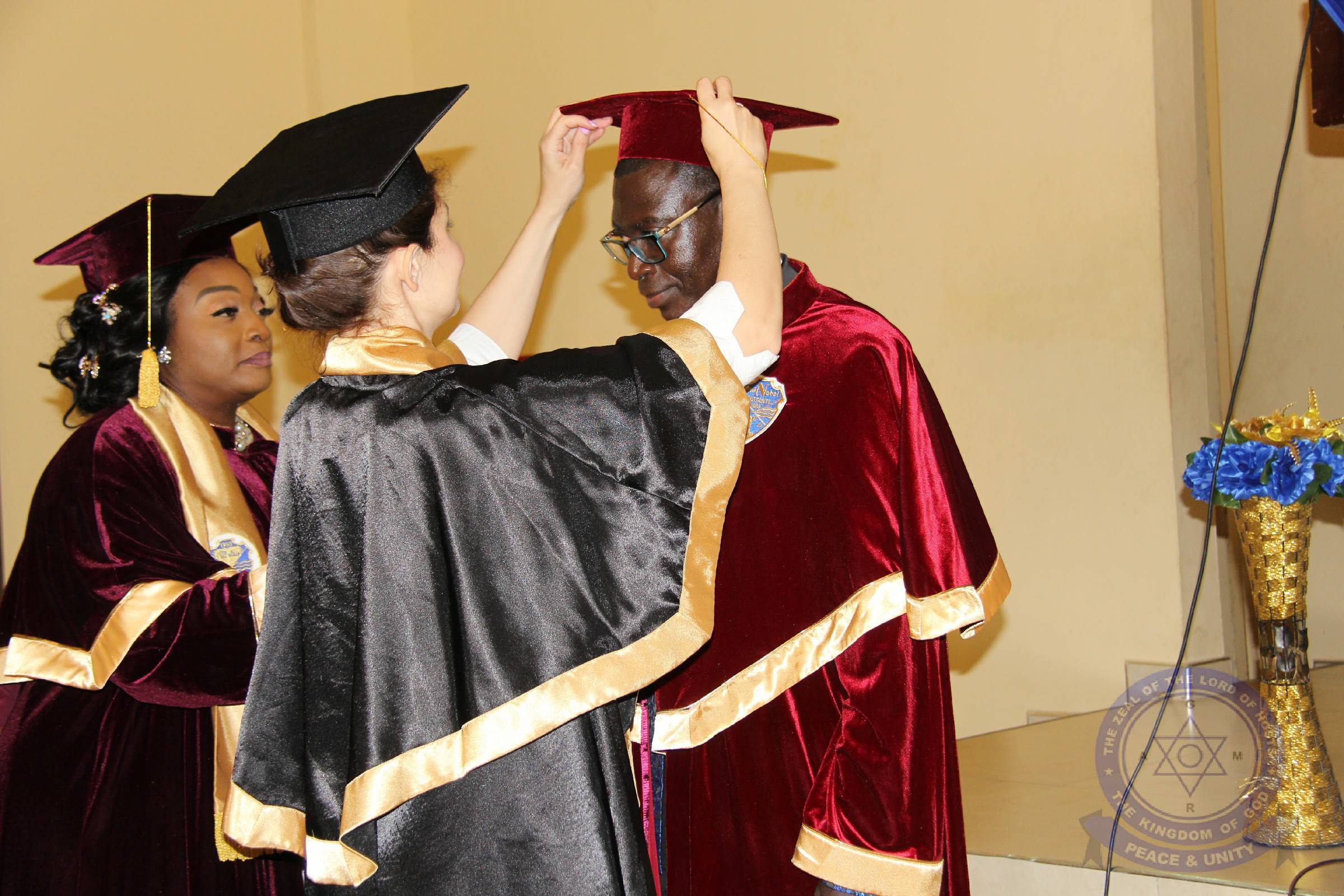 Executive President of the Centre of Awareness Global Peace Mission, Dr. Samuel Ato Duncan has been honoured with an honorary professorship in research by the Alfred Nobel University of Ukraine, for his outstanding research and discoveries in the area of health.

Together with other six awardees, including the former minister for Gender, Children and Social protection, Madam Otiko Afisa Djaba, Dr. Duncan was acknowledged for being a shining star in contributing to the reduction of poverty and improving the welfare of humanity. 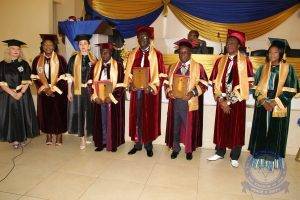 An induction ceremony was held by the Alfred Nobel University in Accra to honour seven outstanding Ghanaians who have excelled in their various fields of endeavour. They were the founder and Leader of the Kristo Asafo Church, Apostle Dr. Kwadwo Safo, was made an Honorary Professor Emeritus, while the Chairman of the Christian Praise International Centre, Dr. Stephen Owusu Jackson; the Executive Director of Ideal College, Dr. Joseph Kobina Essibu, and the Chief Executive Officer (CEO) of Samara Company Limited, Dr. Sampson Effah Apraku, received Honorary Professorships.

According to the Scientific Secretary of the Academic Council of the Alfred Nobel University, Prof. Kozhushko Svetlana, the decision to honour the seven persons was to urge them on to greater height and also continue affecting the whole world with their experience and expertise. 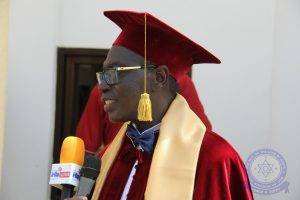 Speaking to the media ,Prof.  Dr. Duncan lamented over the general lack of appreciation for prominent and hardworking personalities in the country. He said he had expected government or universities in the country to do him the honour other than an outside institution.

He said that he did not expect an institution from Europe to come and confer such an enviable award on him and that he expected Ghana to do it first. He added that the award from the Alfred Nobel University is a wake-up call for leadership in Ghana to acknowledge what is good for her and Africa. He gave an assurance that he was “going to use this opportunity as a research professor in the Ukrainian university to do further research so that we can come up with a lot of solutions that the world is looking for”. 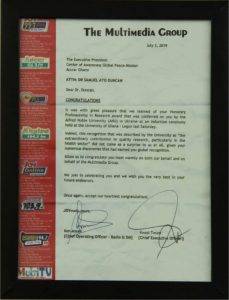 Meanwhile, the Multimedia Group has sent a congratulatory message to Prof. Dr. Samuel Ato Duncan. In a message signed by the Chief Executive of Multimedia Group, Mr. Kwasi Twum, Dr. Duncan was lauded thus,” Indeed, this recognition that was described by the University as “the extraordinary contribution to quality research, particularly in the health sector “came as no surprise to us at all, given your numerous discoveries that has earned you global recognition”

Below is a gallery of the event

“MY RESEARCH IN HEALTH IS JUST THE TIP OF AN ICEBERG” – PROF. DR. SAMUEL ATO DUNCAN