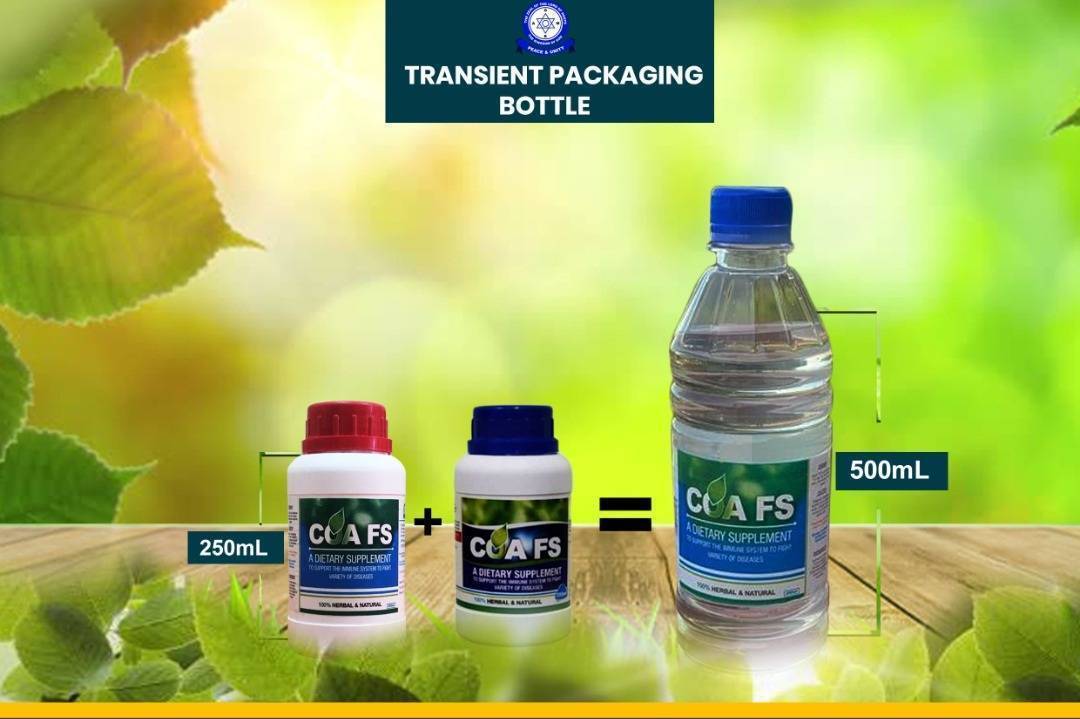 We write in relation to the Press Statement issued by the Food and Drug Authority “FDA” Ghana dated on the 18th April 2020, which is circulating in the media under the above subject.

We wish to state that COA FS is produced by a unique biotransformation and extraction technique at high temperature and pressure for which reason the product is as clear as water but highly aromatic.

Other compounds with immune stimulating activities have been found in COA FS. These compounds are mainly triterpenes and other essential oils. It is for this reason that in the manufacture of COA FS, preservatives are not added. COA FS does not contain any artificial preservatives due to the broad range of anti-microbial activities mentioned above.

Further, it has been subjected to annual review and certification by the FDA under prescribed regulatory standards, the last approval having been given by the FDA to cover the year 2020. We are proud to say that COA FS since its registration by the FDA in 2016 has passed all microbial tests. This anti-microbial activity has been experimentally confirmed.

We therefore find the Press Statement from the FDA that they detected a microbial contamination in COA FS as a surprise. The self-preserving nature of COA FS is the reason why we have never received any of the adverse drug reactions enumerated in the FDA Statement over the period. Contrary to the claims in the Press Statement, the evidence rather indicates that people with weakened immune systems and or kidney malfunctions, rather got better after taking COA FS.

We find it unfortunate that the FDA seeks to associate the alleged contamination in COA FS to kidney failure. A thorough search through scientific literature shows that it is a particular strain of E.coli that causes kidney problem, but the FDA has not provided any data to prove that this particular strain has been found in COA FS.

We wish to inform the public that the FDA on the 9th of April 2020 drew our attention to the supposed contamination and directed us to issue a withdrawal notice, which we did as law abiding citizens, in spite of our doubts of the claim. Subsequently, we ran a microbial test for the identified samples with batch numbers CFS003 and CFS00004 on our reference samples at the microbiology laboratory of the Cape Coast Teaching Hospital. The result of the microbial test does not disclose contamination by Yeast, Mould and E.coli as indicated in the FDA press statement.

We are currently conducting similar tests on the above batches in other independent laboratories. We expect the results soon. The outcome will also be communicated to the general public. It therefore cannot be the case that COA FS produced by the COA Herbal Center are contaminated.

We therefore wish to assure our Distributors, Agents Clients and the general public that we will not rest on our oars until all due processes are exhausted.

We assure the general public that in as much as we disagree with the FDA, we are committed to working with them as the regulator to address any concerns they may have.

It is in the spirit of growing together in a turbulent industry as ours, that we will urge all our media partners not to hesitate in asking much needed questions to freely educate all and sundry to clear all doubts in the minds of right thinking people. Our doors shall remain open to see all test results and relevant correspondence to ensure transparency and in investor confidence.