Professor Samuel Ato Duncan, FCIDA is a native of Winneba in the Central Region of Ghana. He was born with the mark of the crucifix on his forehead on the 19th February 1966. This made his parents to believe he would grow to join the priesthood.

Samuel Ato Duncan had his secondary school education at the Takoradi Secondary School and Ghana National College. During this period, young Ato as he was passionately called, realized that there was a potential in him and that he had something for this world but could not determine what it was.

In the year 1987, he had a scholarship to study medicine in Russia but later deferred to study “THE DIVINE LAW” (The law out of which everything including nature itself emanated).

He believes that “To every problem there is a solution. Where a problem cannot be solved, it means the requisite knowledge out of which the solution could be drawn has not yet been acquired”.

He believes that the numerous problems the world has no answers to are due to the lack of knowledge from which the solutions could be drawn. E.g. CURE FOR HIV/AIDS, CURE FOR CANCERS, CURE FOR RENAL DISEASES and many chronic diseases and most importantly, PEACE OF THE WORLD.

At the age of 22, young Ato Duncan, as he was affectionately called, began a praying and fasting retreat from 29th July to 31st July 1988 during which he requested from God why he was on Earth. He then realized himself as a Messenger of God Almighty in this present generation with a great task – “PEACE OF THE WORLD”. He was then contemplating on how he could acquire knowledge for this great and glorious task which was his passion and sole aim to achieve in life – “Global Peace”.

He realized that, before education started, KNOWLEDGE existed long before creation. He realized that he needed the greatest knowledge and power ever descended for this Great Mission and that could only be found in GOD ALMIGHTY. On the 13th November 1988 young Ato Duncan denied himself of all earthly pleasures. He gave everything he had to friends and entered the wilderness in search of a cave to fast and pray for the Divine Knowledge of GOD. He finally landed on a hilltop at Adanse Praso in the Ashanti Region of Ghana.

Young Ato Duncan prayed and fasted for forty days and forty nights from 20th November 1988 to 29th December 1988 for the Divine knowledge of GOD, since no University in the world has answers to the numerous problems the world is encountering. On the 22nd November 1988 around 1:00am, a voice came from the sky saying, ‘YOU ARE THE CENTER OF AWARENESS”. So “The Center of Awareness” was a title given to Professor Samuel Ato Duncan. He then chose to name his organization “The Center of Awareness Global Peace Mission”.

This was his prayer:

Blessed Father, in whose presence none is found innocent

Have mercy upon me and enlighten me with a clear shining

Inward light of bliss and remove away all darkness within me.

Fill me with greatest knowledge and power ever descended

duty you have given me. Father you are True so let me be

full of truth. Father you are Love, so let me be full of love. Let

me exhibit the qualities of yourself, so that I may appear before

the world as the one you have sanctified. Father take my will

and let your will be my will. Father I have come send me.

After vigorous search for the Divine Knowledge of God for the Global Peace Mission, his request was granted. On 1st February 1989, when sleeping around 3:00pm he saw Heaven open and the knowledge he requested for was poured on him like Dew. There and then he felt the Presence of the Knowledge and Power of the Lord Jesus – (the knowledge the world needs for GLOBAL PEACE)

From the 1st February 1989, he started a vigorous independent research to find answers to the above questions.

He is passionate about finding solutions to problems the world is struggling to have answers. This research has taken him thirty years (30yrs) 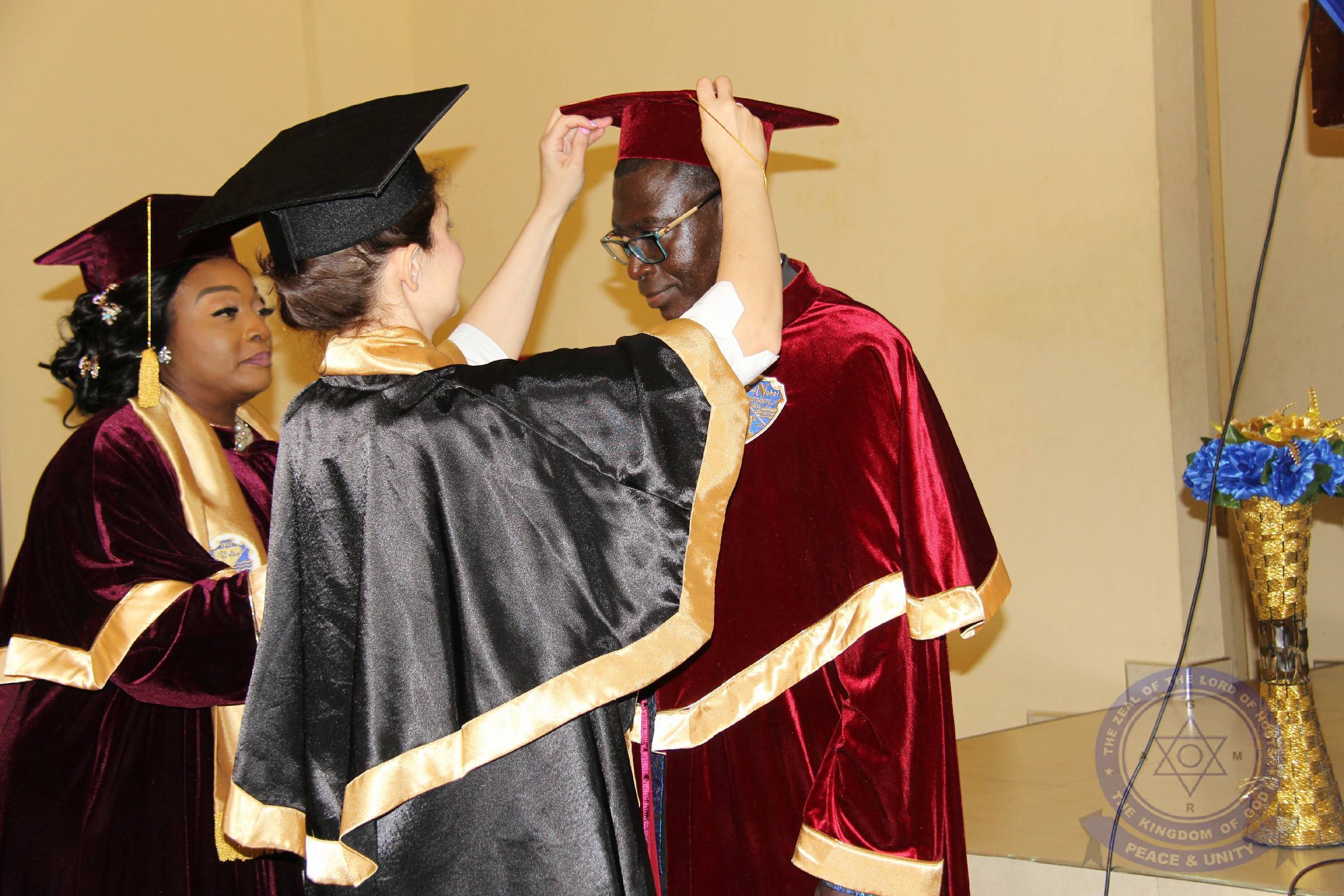